Finally, some scholarships relief for middle-class families worried about the college admissions process. Perhaps they were embarrassed by the astronomical costs of a college education or maybe they feared enrollments would decline because they had priced themselves out of the range of most families but whatever the reason colleges and universities are rewriting the rules for financial aid making it easier for qualified students to afford a college degree.Maybe college admissions offices were seeing a decline in applications. In any event, the best part is colleges and universities are increasing the size of outright grants and decreasing the financial burden on the student and his or her family in the form of student loans. The Ivy League led the way when Princeton announced it was eliminating all loan requirements for families with annual incomes under $40,000.

Some college admissions offices are also encouraging applications by offering financial aid packages with larger grants and smaller loans to students with family incomes between $40,000 and $60,000. And home equity is no longer being taken into account in calculating the financial needs of families with incomes under $90,000. 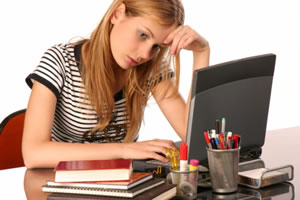 The new financial aid policies appear to be working as enrollments of freshmen from low to middle income families and the amount of financial aid these students received both rose last year according the statistics from college admissions offices around the country.

The good news is that more Ivy League schools have followed Princeton’s lead and more than likely other schools down the food chain will follow suit. It shouldn’t be long before some of the smaller elite liberal arts colleges will offer better financial aid packages to students too.

Sure it costs a lot of money to run a top notch college or university but ultimately most of that funding comes from the students in the form of college tuition and fees. But students and their families can only afford so much and when tuition reached a certain level, college admissions offices saw a decrease in applications as some students from lower and middle income families found the cost prohibitive and decided it wasn’t worth the cost only to graduate in four years saddled with more than six figures in student loan balances and astronomically high monthly payments even at the relatively low interest rates.

The student loan situation has received national attention recently with stories of ambitious young college graduates saddled with crushing student debt incurred to earn their college degrees. On the one hand, the college degrees offer better job and career prospects but on the other hand the high monthly payments left them with little to live on making it difficult to afford such basic necessities as housing and transportation let alone any type of social life. Something had to be done and it’s good to see the Ivy League schools show some leadership and initiative.